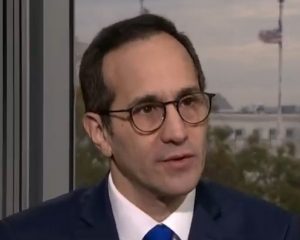 Ronald L. Rubin is a lawyer and writer in Washington, DC. Originally from New York, he’s also lived in Massachusetts, Pennsylvania, California, and Florida, and is a member of all six bars.

He’s been a criminal prosecutor, senior special counsel at the U.S. Securities and Exchange Commission, managing director at an investment bank, enforcement attorney at the Consumer Financial Protection Bureau, partner at a big law firm, and senior counsel and chief advisor on regulatory policy at the House Financial Services Committee.

Ron’s unusual career began with five years as a criminal prosecutor (he was a deputy district attorney in South Central Los Angeles during the 1992 riots), and seven years as an enforcement attorney at the Securities and Exchange Commission (as lead attorney in the prosecution of Steve Madden, Rubin’s cooperating witness was Jordan Belfort, the “Wolf of Wall Street”). In 2011, Ron moved to Washington to help Elizabeth Warren, whom he had met when she was a young Republican Penn Law professor, build the Consumer Financial Protection Bureau. Next, as a partner at Hunton & Williams, Rubin defended clients against CFPB enforcement attorneys he had trained. Later, as chief advisor on regulatory policy at the House Financial Services Committee, he assisted in investigations of the CFPB itself.

Ron’s publishing career took off with his 2014 Wall Street Journal piece, “How the ‘Wolf of Wall Street’ Really Did It.” His 16 articles about the CFPB in National Review, the Weekly Standard, the Wall Street Journal, Bloomberg/BNA, and other publications have been discussed in congressional hearings, and offer unique insights into the 21st Century’s most politicized government agency. Rubin’s December 2016 National Review feature, “The Tragic Downfall of the Consumer Financial Protection Bureau,” is among the most widely read and quoted articles ever written about the CFPB. In 2017, Ron appeared on C-SPAN, Fox News, and Fox Business, and was interviewed by Jim Campbell, Larry O’Conner, and Laura Ingraham on their radio programs.